Due to the expansion of the ETSN it became necessary to elect a Network Council in order to represent and coordinate the affairs of the Network the most effective way. The Network Council election process took place between 15 September and 24 October in 2016.  Antonios Apostolou, Csilla Fuszek, Desirée Houkema, Colm O’Reilly and Africa Borges were elected as members of the first Network Council by 76% of the votes or more. Their mandate is until 31 December 2018. Armin Fabian, the representative of the Youth Platform of the European Talent Support Network is an invited member of the Council meetings. They will help the cooperation of the European Talent Support Network including the initiation of several joint actions. There short CV can be found below.

The new council officers of the European Talent Support Network: 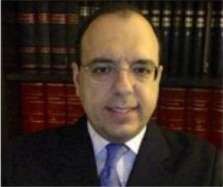 Antonios Apostolou is the Advisor for Talented and Gifted Education and for Academic Integrity of
the Hellenic-American Educational Foundation, Psychico College in Athens, Greece. The
H.A.E.F. is a preK-12 non-profit educational organization encompassing 7 schools (two of them
being ETSN Talent Points) and 5,000 students. Antonios was the Founding Director of the Center
for Talented Youth Greece at Anatolia College. He managed and lead CTY Greece to become a
national leader in the field of High Ability Education, a European Talent Centre in 2016 and a
member of EGIFT Erasmus+ consortium. Antonios is a contributor in the recent book “Providing
for the Special Needs of Students with Gifts & Talents” and a member of the Advisory Board of
the Center for Talented Youth Ireland. He teaches Physics and Mathematics and has received
scholarships from the Fulbright Foundation, from the U.S. National Science Foundation and from
CERN and research and teaching awards from the American Physical Society, from the
University of Chicago and from the Massachusetts Institute of Technology. 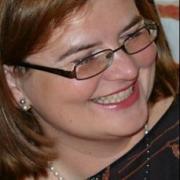 Csilla Fuszek worked for over 15 years as a teacher in secondary and higher education. Since
2000 she has been focused and become specialized in the field of gifted and talented education.
Between 2001-2011 she was managing director of several nationwide talent development
programs. Meanwhile she also worked as a lecturer at Eötvös Loránd University between 2008-
2017. Since 2009 she has been working for the Association of Hungarian Talent Support
Organizations. From 2012 she is the founding director of the Budapest European Talent Centre
(www.talentcentrebudapest.eu). Her Centre became one of the first 14 European Talent Centres
in 2015. She organized 3 major European talent support conferences in 2006, 2011 and 2014.
Csilla Fuszek was elected as the Secretary of the ECHA Qualification (formerly: Accreditation)
Committee at the first meeting of the Committee. She was elected as the interim coordinator of
the European Talent Support Network on September 29th 2015, later she was elected to be a
member of the first Network Council. 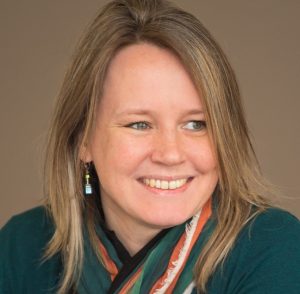 Desirée Houkema is the Managing Director of the National Talent Centre of the Netherlands (NTCN) which aims to stimulate talents and creativity for children, adolescents, and adults in the Netherlands. With a background in Psychology and Cognitive Science & Engineering (Artificial Intelligence), she previously worked in the field of speech recognition. Around 2005 she started working in the field of giftedness as an ECHA Specialist in Gifted Education.

The NTCN organizes a diverse range of local, regional, and national activities (i.e. network events, expert meetings, and conferences) aimed at supporting the needs of individuals with characteristics of giftedness. NTCN will also host the ECHA2022 Conference in The Hague. The interactive platform www.talentstimuleren.nl is used to share information, learning materials, good practices and tools to support talent development. This platform also facilitates collaboration between professionals in the field of talent development and giftedness.

Desirée is involved in a broad range of other activities as well. Social and emotional needs, personal development, twice-exceptional learners, and (preventing the risk of) high-potential drop-outs have her special attention. She works as a teacher for several organizations, and as such she’s also involved in the RITHA programme. Furthermore, she’s providing coaching and training programs for (specialised) professionals about giftedness, talent development, creativity and personal growth. She’s especially focused on adolescents and adults who get stuck in school or life, and who are searching for meaning.

In all her activities, she aims to connect professionals from diverse backgrounds, such as educational workers, psychologists, health care professionals, parents, and others involved in the life of gifted individuals. She’s also continuously building bridges between research, practice and policy making. Furthermore, being a parent of gifted children, she’s facilitating parent groups to support the emotional needs of gifted children. She started the initiative Peers4Parents, a network of facilitators of parent groups in the Netherlands in which she also trains new Peers4Parents facilitators. For the World Council for Gifted and Talented Children (WCGTC), she’s one of the WCGTC Delegates for the Netherlands. 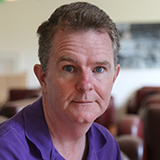 Colm O’Reilly is the Director of the Irish Centre for Talented Youth of the Dublin City University
since 2004. He started his work as an academic coordinator in the same Centre in 1998. The
Centre provides fast paced classes for academically talented students aged 6 – 16 years from
all over Ireland and overseas. Currently the Centre caters for over 5000 students per annum,
has a budget over 2 million EUR/year, and it became a European Talent Centre in 2015. Colm
has worked in the area of gifted and talented education for the last 19 years, has presented
papers at numerous conferences and has published in many gifted education journals. He
published the first commissioned report on teachers attitudes to gifted students in Ireland, a
book ‘Gifted research in Ireland and the United States’ with cooperation from the Center for
Gifted Education in College of William and Mary and is about to publish a research themed
collaborative book called ‘Provisions for Gifted Students’. He designed over 200 courses for
gifted children in numerous academic fields, and developed a programme for gifted
disadvantaged students at Dublin City University that has won numerous national and
international rewards. Colm is actively participating in the work of ECHA as a member of the
ECHA Accreditation Committee, as the coordinator of an Erasmus+ grant application of the
European Talent Support Network, and – last but not least – as the organizer of the 2018 ECHA
Conference. He became the Secretary of ECHA in March 2016. 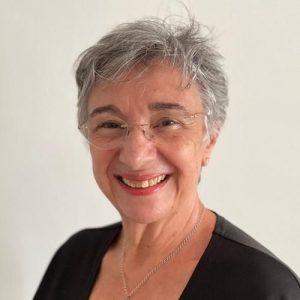