Non-systemic gifted counselling can be loosely defined as providing a gifted child or adult with professional advice on matters of personal, behavioural or learning concern. Systemic gifted counselling, in turn, is considered to be much more effective when the basic unit of counselling is not only the individual, but the individual and the material, the social and the informational environment with which the individual interacts. Together they form a system or as defined by Ziegler & Phillipson (2012), an actiotope. 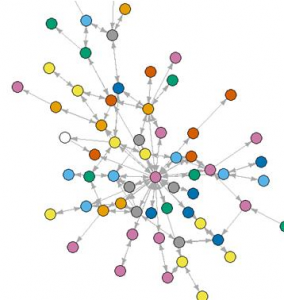 Why is systemic counselling important in gifted education?

The basic assumption of systemic thinking is that reality can be better analysed and understood by examining the relationship and interactions between the components that make up a system. Such an approach to counselling is holistic, because it studies entities and processes as a whole and tries to optimize the interaction of its components.

In contrast, non-systemic approaches apply the analytical method, which aims at dividing reality into pieces and optimizing each of these pieces individually. For example, a counsellor to the gifted working within the non-systemic tradition might start by assessing some variables like IQ, motivation, self-concept, and self-regulated learning. If he or she detects a problem with one of these variables, she might suggest a specific intervention that specifically targets this variable. For instance, the obvious solution within non-systemic paradigms for a student with issues in self-regulation (in terms of learning) would be to suggest a specific training that would help to improve this skill. The intervention therefore specifically addresses the deficit.

No doubt, it seems obvious that specific problems require specific treatments. Thus, if somebody has math problem, provide some math tutoring; if somebody is suffering from test anxiety, try an invention against test anxiety, and so on. There is nothing wrong with such an approach – except that in many cases it will not work or, more precisely, the effect will be limited and short-lived. Why is this?

Take the example of test anxiety. Under what contextual circumstances will a gifted child exhibit test anxiety and what are its dynamics? It is fair to say that most problems are a complex system of interacting factors. Focussing solely on the child will cause the gifted counsellor to miss other important issues. A basic assumption of systemic approaches is that problems are not limited to a specific part of a system, but rather signal that the whole system is dysfunctional. In the example of test anxiety, focusing on the child alone would maybe ignore that their teacher and parents had too high expectations or perhaps that strong classroom competition caused resentful peers. Of course we know of interventions that alleviate the unpleasant feeling of anxiety for some time. However, this doesn’t address the complex web of causes and circumstances that allowed the test anxiety to develop. This is the very reason why many interventions at first seem to be effective, but while quite quickly their effects peter out.

In a similar vein, if a gifted counsellor wants to stimulate a development, the whole system has to be developed and many co-evolutions need to take place. A shortened interpretation of the aforementioned could be that a gifted counsellor would just have to better address the environment in the counselling equation. This, however, would miss crucial points. Though it is correct that the focus must be broadened from the person to include the environment, this extension will not suffice. Equally important is to focus on the interaction between person and environment. For example, the expectations of the teacher and the abilities of the gifted student must be in sync. When the student masters a learning step, the teacher has to adapt her expectations and set new challenges within the zone of proximal environment. However, let´s assume that rising skill levels and public praise by the teacher might cause resentment from otherstudents in thisclassroom. Then a gifted counsellor workingwithin the systemic paradigm would also see the need to address the issue of social relationships among the peers. The gifted counsellor will thus not only focus on the development of the gifted student, but rather on the harmonious development of the whole actiotope.

So where does this leave us? When we take a look at the reported effect sizes of gifted education provisions we usually find them without effect, or with low or moderate at best (Kim, 2016; Lipsey & Wilson, 1993; Steenbergen-Hu, Makel, & Olszewski-Kubilius, 2016; Steenbergen-Hu & Moon, 2011). In the light of this, it seems reasonable to assume that many provisions have just focused on the individual and missed the other two important aspects: environment and the interaction of the individual with the environment. Thus, it is hoped that in the future more gifted counsellors would use a systemic approach. It will require some further training, but it is expected to be rewarding.

Comments are welcome! Please, send them directly to TalentWeb.