WORDS FROM THE CHAIRMAN 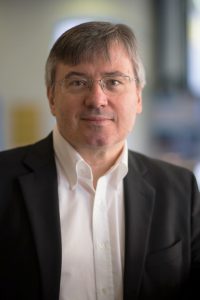 A Lesson from Dubai

I had had a memorable experience in Dubai, long before the Hamdan Foundation joined the ETSN as a Talent Center. It was after a long project day that the then director of the National Giftedness Center, Arif Yedaiwi, took me for a walk along the beach near the Burj al Arab, the famous hotel shaped like a sail. Suddenly, we were approached by two uniformed police officers who asked Arif to put on beach clothes for the occasion, and informed him that he could not wear traditional clothes – the Kandura – on the beach. Arif was shocked that he was forbidden to wear a Kandura like all his forefathers had before him, here on the beach. The rest of the story I know only from his accounts, and I will share it with you here, as I remember it.

In Dubai, the locals have the right to bring complaints to the king, His Highness Sheik Muhammed, personally, which Arif did do. The king promised to take care of it.

Two weeks later Arif was back with His Highness, and was informed that the order came from the Minister of Tourism. At the time and in the aftermath of September 11, tourists were still afraid of terrorists; and they had complained. Apart from this new information, however, the king did not offer any solution. 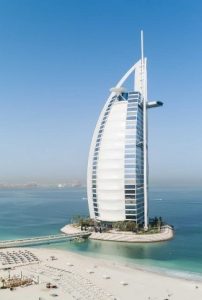 Weeks later, and still nothing had happened. Arif and his friends came back to the Sheik. But this time there were other friends with them, including members of powerful families. Now it was no longer so easy for the king to wait-and-see. His Highness promised a meeting with the Minister of Tourism.

Before the meeting with the Minister of Tourism had even taken place, Arif had the support of many friends. Most of our readers will not be surprised to find out that, nowadays, if you walk along the beach by the Burj al Arab, you will likely see locals in their traditional Kandura.  What can we learn from this? Sure, Arif is a powerful person in Dubai, but he alone was not influential enough to change anything. Rather, when he created a network for his cause, even the king could not help but support him.

So, my appeal goes out to everyone: Let’s try to expand our network, too. To become even stronger and more influential. Each further Talent Point and each further Talent Center brings us one big step closer to our goals.

If you know someone who would like to join the ETSN as a Talent Center, please bring the following link to their attention: https://etsn.eu/apply-to-become-a-talent-centre/

If you know anyone interested in joining ETSN as a Talent Point, please direct them to https://etsn.eu/apply-to-join-etsn/

Talent Point in Action: Children Access to Play at School

Talent Point in Action: Talent Support through Tales and Drama

Talent Center in Action: Mawhiba signs a letter of intent with UNESCO

Research Echoes: Why Do Gifted and Able Students Need to Learn to Think about the Future?

Talent Point in Action and Invitation to Collaborate and to an upcoming event: Association DAR, Zagreb, Croatia

Invitation for Contributions to ETSN TalentWeb